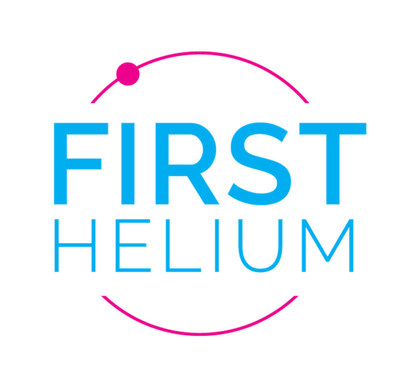 CALGARY, AB, Nov. 29, 2021 /CNW/ ? First Helium Inc. ("First Helium" or the "Company") (TSXV: HELI) (FRA: 2MC), a helium exploration company with access to significant development opportunities across western Canada, is pleased to announce that the Company's technical team has completed its evaluation of approximately 880,000 acres of prospective helium  lands in Southern Alberta (the "Block") and elected to continue over 276,000 acres of land, which includes over 176,000 acres of corresponding 3D seismic and 512 kilometres of 2D seismic (the "Select Lands"), for a further period of two years.  The Company is exercising its option pursuant to a seismic review and option agreement (the "Option Agreement") with a large landholder for total consideration of $661,000, or approximately $2.39 per acre, to be funded from working capital.

Ed Bereznicki, President & CEO of First Helium stated, "In just six months, First Helium's technical team has evaluated over 880,000 acres of prospective land and high-graded over 276,000 acres of it for further helium exploration. Ready access to an extensive library of seismic data near existing, proven helium production has significantly reduced the costs and time normally associated with evaluating such a large block of prospective land, cutting the cycle from years to months."

Mr. Bereznicki added, "The ability for First Helium to access, high-grade and secure 276,000 acres, nearly two-thirds of which is covered by 3D seismic data, at such a competitive price and in an area proximal to recent bar-setting helium prospective land sales, is a significant achievement for the Company. First Helium estimates that assembling the seismic package alone, logistics and timing aside, on a secondary market basis, would cost well over $3 million.  First Helium sees this project as an excellent opportunity to establish a second core area for its ongoing helium exploration and development program at an attractive cost."

The Company sees the prioritized acreage over the option Block as being highly prospective for helium exploration based on the evaluation of the existing 3D seismic programs.  Multiple potential drilling targets with four-way closure and substantial structural relief throughout the Devonian and Cambrian sections have been identified. Some of these structural features are similar to those with helium production at both Knappen in southern Alberta, as well as Cypress and Battle Creek in southwestern Saskatchewan. As with production at Knappen, prospective formations for helium include the Basal Cambrian Sandstone and the Beaverhill Lake Formation.

First Helium expects to finalize a more detailed seismic and geological evaluation and confirm drill locations for the first quarter of 2022. Over the next two years, the Company will have the right, but not the obligation to drill and earn selected leases on the Select Lands and pay industry standard royalties, including Alberta crown equivalent royalties on helium.

First Helium is a helium exploration and development company operating in the Worsley area of Alberta, Canada.  In response to the shifting supply dynamics of the global helium marketplace, First Helium was founded to capitalize on the untapped potential of significant helium resources in Western Canada. Building on its successful discovery well, which has repeatedly production tested at over 1.3% of helium content and 65% natural gas content, First Helium is working to develop its land base of over 79,000 acres along the highly prospective Worsley helium trend, and 276,000 acres of select exploration option lands located in southeast Alberta, near existing helium operations. To establish its operating base, First Helium seeks to market its helium gas into the North American market via term off-take marketing arrangements with established third-party distribution companies.

For more information about the Company, please visit www.firsthelium.com. The Company's final prospectus, financial statements and management's discussion and analysis, among other documents, are all available on its profile page on SEDAR at www.sedar.com.

ON BEHALF OF THE BOARD OF DIRECTORS

Neither the TSX Venture Exchange nor its Regulation Services Provider (as that term is defined in the policies of the TSX) accepts responsibility for the adequacy or accuracy of this release.