ERIE, Pa., May 24, 2022 /PRNewswire/ -- A national survey by Erie Insurance found a significant portion of U.S. drivers turned off or disabled features designed to make their cars safer, in part because they found them annoying or distracting. A new analysis shows the estimated percentage and number of certain types of crashes that could have been avoided that year had drivers left the safety features on. 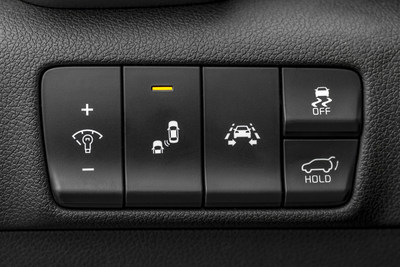 Specifically, it found that:

The analysis also looked at the potential safety improvements that could be achieved if all cars had the safety features and left them turned on. For example, if all cars had automated emergency braking and drivers left it on, crashes could be reduced by 750,000.

"We hope that seeing the huge benefits of these safety features will encourage drivers to use them, even if at first they don't like them," said Jon Bloom, senior vice president of personal products, Erie Insurance. "It's one thing to know intuitively that a certain feature makes driving safer, but it's another to see the impact in hard numbers. These safety features can help prevent thousands of crashes."

It's easy to see why people might be tempted to turn off features they find distracting given that many drivers are rightfully doing all they can to avoid distracted driving, Bloom added. "But if drivers take the time to get used to the features, they will no longer experience them as distractions and everyone will benefit from fewer crashes and safer roads," said Bloom.

"Every new feature in a car requires a bit of training to use. But when it comes to safety features, the data clearly show the time taken is well worth the effort," said Paul Atchley, Ph.D., a professor of psychology at the University of South Florida who has been studying distracted driving for more than two decades. "Even though I find the blind spot monitor in my new car overly protective, even one useful warning can be the difference between a safe lane change and a near crash."

About Erie Insurance
According to A.M. Best Company, Erie Insurance Group, based in Erie, Pennsylvania, is the 11th largest homeowners insurer, 13th largest automobile insurer and 13th largest commercial lines insurer in the United States based on direct premiums written. Founded in 1925, Erie Insurance is a Fortune 500 company and the 19th largest property/casualty insurer in the United States based on total lines net premium written. Rated A+ (Superior) by A.M. Best, ERIE has more than 6 million policies in force and operates in 12 states and the District of Columbia. News releases and more information are available on ERIE's website at www.erieinsurance.com.