LOS ANGELES, Nov. 29, 2022 /PRNewswire/ -- Today, the It Gets Better Project premiered a new original web-series called Industry, which takes a closer look at LGBTQ+ STEM professionals and the experiences that led them to careers within science, technology, engineering, and mathematics. Produced in partnership with the Howmet Aerospace Foundation, the series aims to inspire LGBTQ+ youth to consider exciting (and often overlooked) careers in STEM. The trailer and first episode are available to watch now at itgetsbetter.org.

The series aims to inspire LGBTQ+ youth to consider exciting (and often overlooked) careers in STEM.

Industry follows five LGBTQ+ professionals in the bioinformatics, immunology, neuropsychology, epidemiology, and engineering industries. Among them are Billy Jacobson, a Google coder whose drag alter ego Anna Lytical is known for her viral educational TikToks; Reiss Reid PhD, a British-Jamaican senior research scientist and t-cell immunologist; and Jiwandeep Kohli, a Doctoral Research Fellow in neuropsychology who is also an accomplished pastry chef and a semi-finalist from Season 4 of the Great American Baking Show.

"The first season of this series highlights five dynamic professionals who are changing the faces we typically see in STEM fields," said Eboni Munn, Director of Brand Marketing, Content and Creative at the It Gets Better Project. "Partnering with the Howmet Aerospace Foundation on this series is especially important to our demographic because it helps young LGBTQ+ people interested in STEM visualize new and exciting career paths to broaden their professional outlooks."

As with all original series from the It Gets Better Project, Industry will be accompanied by a free to access educational guide (EduGuide) to help foster and create opportunities for meaningful conversation around each episode. Industry follows the successful October release of the original series Queer Sex Ed and the Shorty, Telly, and Webby Award winning series Writing Our Own Dictionary, which highlights LGBTQ+ people and what their various labels and identities mean to them in their everyday lives.

Further information about Industry and the It Gets Better Project's work is available at www.itgetsbetter.org.

About the It Gets Better Project

Launched in 2010 as the result of one of the most successful viral video campaigns in YouTube's history, the It Gets Better Project is a 501(c)3 nonprofit organization that strives to uplift, empower, and connect LGBTQ+ youth around the globe. The It Gets Better Project provides critical support and hope to LGBTQ+ youth around the world by leveraging the power of media to reach millions of people each year. Its origins in storytelling and media have expanded to include It Gets Better EDU, which exists to ensure educators and student leaders have access to It Gets Better series plus easy-to-use resources, information, and more wherever learning takes place, and It Gets Better Global, our Global Affiliate Network which can be found in 19 countries and in eight different languages.

The It Gets Better Project received the 2012 Governor's Award from the Academy of Television Arts and Sciences and has been highlighted in a wide range of films and television programs, including a Saturday Night Live sketch in February, 2021. The project has garnered support from President Joe Biden, former President Barack Obama, and former Secretary of State Hillary Clinton, along with numerous celebrities, including Kelly Clarkson, Gabrielle Union, Zachary Quinto, Mj Rodriguez, Josie Totah, and Gigi Gorgeous. More than 760,000 people have taken the It Gets Better pledge to share messages of hope and to speak up against intolerance.

Howmet Aerospace Foundation invests in STEM and technical education and workforce development initiatives, with an emphasis on increased access to STEM fields for underrepresented individuals. It is the independently endowed charitable arm of Howmet Aerospace.

Each year, Howmet Aerospace Foundation grants more than $7 million to its nonprofit partners around the world. This effort is supplemented by the volunteer activities of Howmet Aerospace employees. 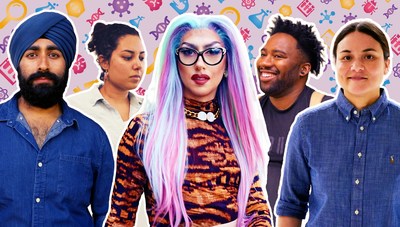 SOURCE It Gets Better Project